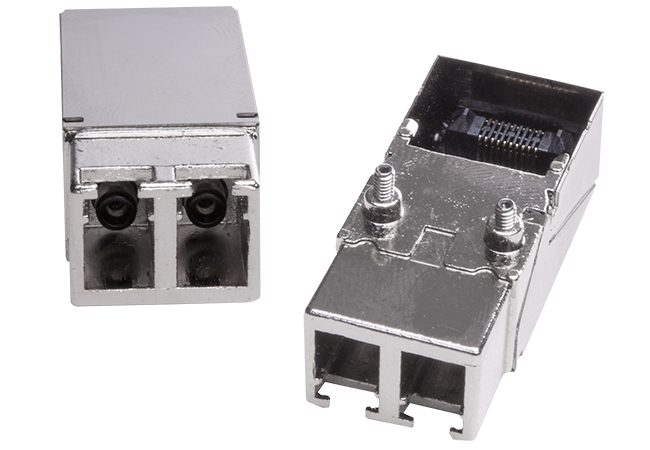 The electrical interface to the Stiletto optical transceivers is a Samtec® SMT Connector with a 20 position footprint which makes it a pluggable transceiver perfectly suited for harsh environmental applications.

Note: Other wavelength, mounting and port count options are available.

Samtec® is a registered trademark